Ah, Christmas, the most wonderful time of the year indeed. The time when the city is lit up with the most colorful lights from the streets to the malls nationwide. It’s the time when we spend with our loved ones and enjoy the comfort of what the season has to offer.

If you’re looking for some of the most eye-catching and breathtaking Christmas scenes in the country today, take your loves one along with you to these eight places:

The most famous one that comes to mind of course is the Festival of lights at the Ayala Triangle. The annual show entertains audience with its 20-watt animation lasers and giant haze machines along with the beats and tunes of Christmas songs.

The dancing lights at Ayala Triangle Gardens are back to spread the holiday cheer! Shows are held daily every 30 minutes from 6PM-10PM.#MakeItHappen #MakeItMakati

Posted by Make It Makati on Thursday, December 1, 2016

Known as one of the most festive developments in the city, Powerplant mall never fails to awe it’s goers with its picturesque Christmas themed lights and decorations. The mall is lit up with its famous yellow, green and red lights along with that comfort of Christmas you’ll surely feel.

Headed up North? You might want to wander around the Vast Imaginarium in Ortigas Center where you will experience Christmas in a room. The Imaginarium is separated into three rooms – each having its own feature such as the Lit Room, Abyss Room and the Green Room. Along with the rooms, the 10-hectare mixed up is featured with mirrored rooms and lighted themes around the area.

There will also be firework displays on the following dates: December 3, 10, 17, and 24 along with a meet and greet Santa during the weekends. The Vast Imaginarium is open until January 7 open during mall hours (11am – 10pm) with free entrance.

Made of 5,000 boxes of LED lights each consisting of 100 hundred bulbs, Cainta’s very own Christmas House is the place to out a lighted house like no other. Owned by an actual resident from Cainta, the house is open to 1,000 visitors daily who will get the chance to visit the enlightening Christmas themed house.

Cainta Christmas House is open for the public from Monday to Saturday, 7pm-9:30pm while 7:30-9:30 every Sunday.

The just recently opened Magical Field of lights in Nuvali is open for everyone for free! With a spectacular lights and sounds as the 3,600-square-meter spaced is made of 5,000 pieces of tulip bud lights creating a magical lightning field. The field also has 50-meter tunnel where visitors can walk through and take those colorful pictures.

Meanwhile, down South in Alabang, the Sparkle of Christmas bright lights are bringing family and friends closer together. The bright and musical light show aims to bring color and the magical feel of Christmas around the bright streets of Filinvest City. The show will also be having local performers such as Spongecola, Ebe Dancel, Sandwich and etc.
Catch the show every weekend until December 31, 2017.

In the busy places around the country’s biggest mall, SM Mall of Asia, of course there’s bound for something special this Christmas season. Catch the Grand Festival of Lights Parade taking every Saturday from the mall’s North Arcade to the South Arcade of the including fireworks display to cap off the event.

The parade happens every Saturday from December 21- Christmas Day at 5pm.

Lots of Christmas cheer and amazing costumes for MOA #GrandFestivalofLightsParade! See you all on Saturday, 5:30pm at North Arcade! 🎅🏼🎄🎁 #CelebrateChristmasatMOA

Another pioneered lights show by Ayala located in Quezon City this time is the Vertis Northern Lights. Made by the collaboration tactics of Zenas Pineda and Voltaire de Jesus, the giant cathedral is a must see in the light show along with the christmas musical medleys being played to enlighten everyone with the Christmas vives. The Northern light show is like Makati’s Festival of lights that take place every every 30 minutes from 6pm-10pm.

Christmas is definitely in the air will all these light shows happening in the metro. There’s no wonder why Christmas in Manila is like no other. Have you checked some of the shows listed above? Let us know which is your favorite. 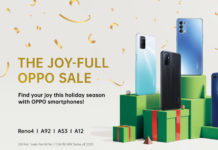 Celebrate a Joyful Christmas with #OPPOJoyFullSale 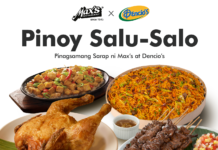 LOOKING FOR THAT CLASSIC PINOY SALU-SALO? MAX’S AND DENCIO’S HAVE SOMETHING FOR EVERY KIND OF FAMILY 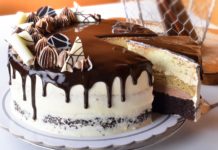 Get the latest news and updates by joining our community