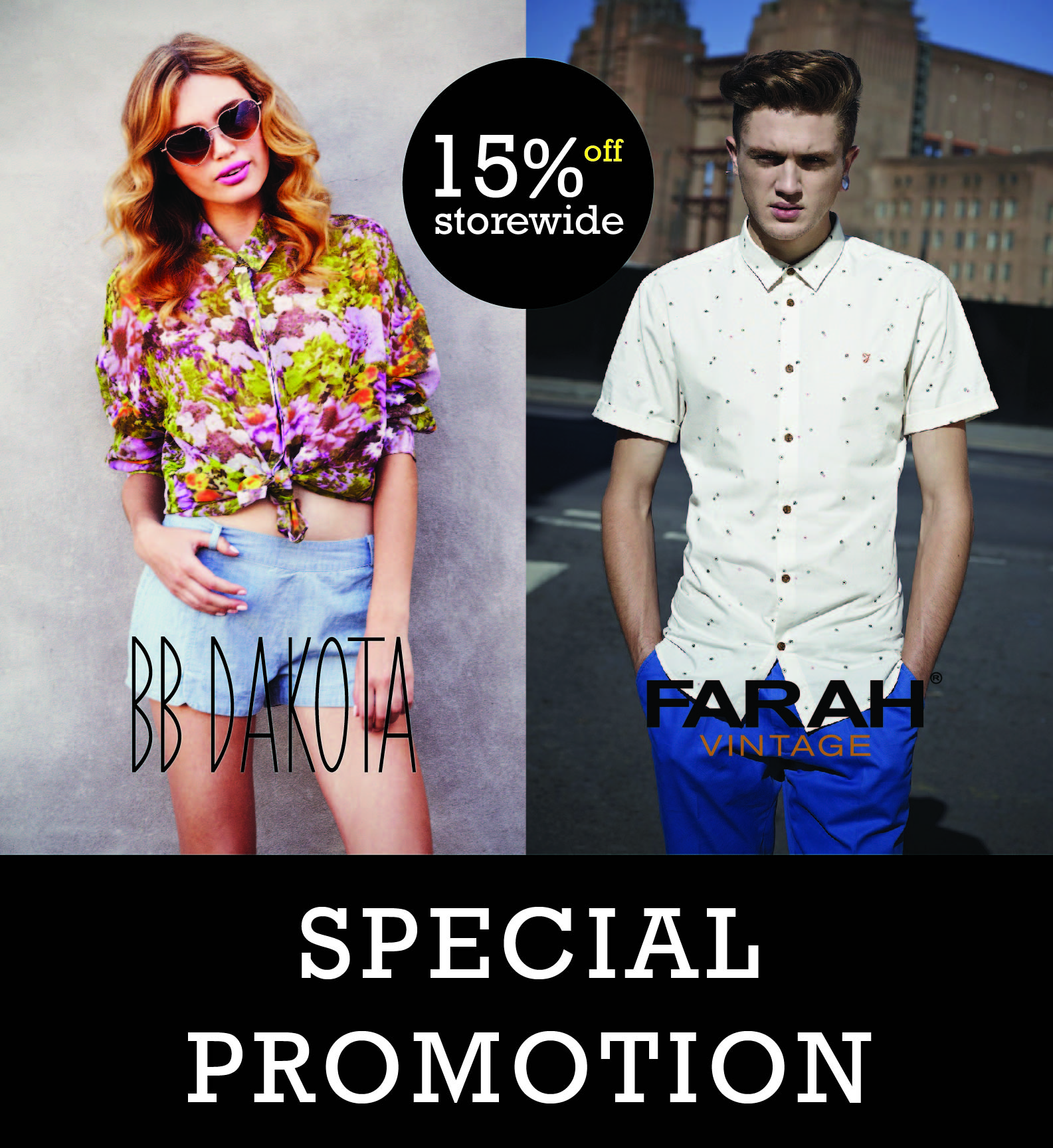 Get 15% off on all items storewide at BB Dakota & Farah Vintage’s Sale event happening at their store location at SM Aura Premier from August 2 to 31, 2013.

The Farah clothing brand was established in the 1920s in El Paso by Mansour Farah, due to its Texan heritage, originally centered on the traditional American Western look through its collection of denim jeans, shirts and khaki trousers. Since its small beginnings, the company has come a very long way but the greatest breakthrough it ever faced originated in the early 1970s, when the mod subculture in the UK began to identify with Farah’s distinct, slim cut and sharply tailored style that attained a cult following among the UK urban youth sub-cultures, prompting the company to expand to Europe.

Throughout the ‘80s, Farah was the quintessential label to be worn by mods, hipsters, scenesters and other fashion-savvy members of the in-crowd. Nowadays, the Farah clothing line splits its collection into three different categories, each representing one of the three styles that have made the label so famous over its turbulent history

BB Dakota is a modern lifestyle brand designed by mother-daughter team, Gloria and Katharine Brandes. Each of the women brings their distinct viewpoint to the design process, which is what gives the BB Dakota look its compelling duality.

The Jack sensibility is about uniting opposites – feminine and masculine, edgy but sweet, quirky and cool. The Jack look is effortlessly hip, and the girl who wears it has a penchant for mischievous fun. Jack was launched in 2007 and is designed by British transplant, Nikki Chapman. 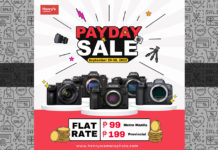 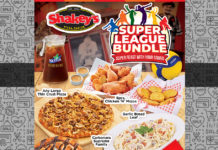