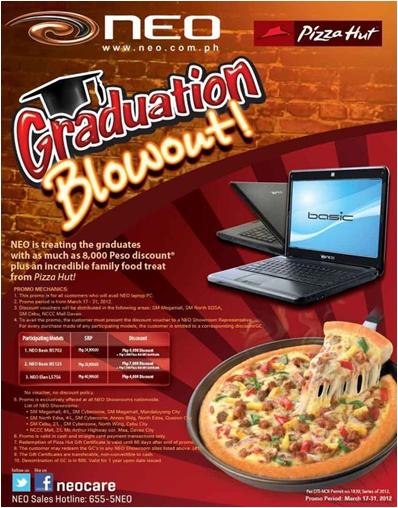 – This promo is for all customers who will avail NEO laptop PC.
– Promo period is from March 17 to 31, 2012.
– Discount vouchers will be distributed in the following areas: SM Megamall, SM North EDSA, SM Cebu, NCCC Mall Davao.
– To avail the promo, the customer must present the discount voucher to a NEO Showroom Representative.
– For every purchase made of any participating models, the customer is entitled to a corresponding discount/GC:

– No voucher, no discount policy.
– Promo is exclusively offered at all NEO Showrooms nationwide. List of NEO Showrooms listed below.
– Promo is valid in cash and straight card payment transactions only.
– Redemption of Pizza Hut Gift Certificate is valid until 60 days after end of promo.
– The customer may redeem the GC’s in any NEO Showroom sites listed above.
– The Gift Certificates are transferable, non-convertible to cash.
– Denomination of GC is in 500. Valid for 1 year upon date issued. 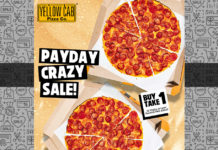 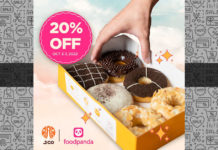 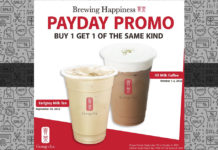